A Unique Path to Canadian Citizenship 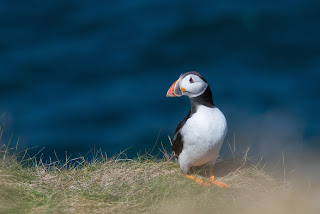 In 1989, I had already lived in Canada for more than three years — the typical length of residency required before you can receive citizenship.

I had emigrated from Romania in 1985, and I knew that the path toward citizenship and medical practice would be difficult, but I persevered.

At the time, I was working in the small mining community of Buchans in Newfoundland. It was there that I received the title of Senior Medical Officer, becoming the youngest doctor to receive that honor in Newfoundland, which is the highest qualification a physician can receive.

When I arrived in Buchans, I had already spent a year in St. Anthony working for Grenfell Regional Health Services. Before that, I worked in Ottawa and Montreal as a carpet cleaner (and lost my job because I couldn't afford a car), in a library and as an orderly in several nursing homes in Ottawa. In Montreal, I worked in different private clinics as a physiotherapist. I thought the Buchans job would be interesting, because of the frequent travel to Labrador. I wasn’t wrong.

In the summer of 1989, I was contacted by the Citizenship Court and told that my papers were ready and I needed to attend the citizenship ceremony in the provincial capital of St. John’s, which was a seven-hour drive from Buchans.

I politely informed them I could in no way attend the ceremony. I was the only doctor remaining in the town hospital. This was an enormously difficult time because I was on call 24-7.

My presence in the community was crucial not only for the residents of Buchans and a few other smaller communities (Buchans junction, Millertown, Badger) but for the mines also as mines cannot operate without a hospital nearby.

I explained to them that I could not travel to St. John’s because I was on call for the local hospital.

Somewhat probably exasperated for being turned down several times, each time with the exact same “excuse” they contacted the hospital administration and had a conversation with CEO bill emberley. Mr. Emberley explained to them that each time they called I was honest simply because I was the only doctor not to leave the community during hard times and as the sole physician in buchans I was on call non stop 24/7 for the past 3 months!

Enormously impressed with my tremendous commitment and extremely heavy workload , in a totally unprecedented move, two top immigration/Citizenship Officials travelled all the way from St. John’s to Buchans to hold the ceremony just for me in the local “Dr A.M. Guy Memorial Hospital. The hospital staff prepared refreshments and a huge cake decorated to resemble the Canadian flag, and the local newspaper covered the event.

I took the oath of citizenship, signed my citizenship certificate, and was finally declared a Canadian citizen by Eric Noseworthy, the Citizenship Judge for Newfoundland and Labrador. Also present was Jocelyn A. Saulnier, the manager of registration services for the Court of Canadian Citizenship.

I was surrounded by friends and members of the community who had come to wish me well, including hospital staff, hospital administrator Bill Emberley, Justice of the Peace Charles Forward, and Mayor Sandy Barnes, who presented me with a commemorative gift celebrating my citizenship.

I played the piano as we all sang the national anthem, “O Canada.”

It was fantastic for me. I will always remember the experience in Buchans as difficult, but also very rewarding.

As I told the newspaper at the time, the hospital in Buchans was old fashioned. It had a good feeling about it. The patients were not just numbers there. We never forgot that those patients were real people in need of help.

Eventually, an assistant medical officer joined the staff, and I had time to return to some of my hobbies, like playing trombone and piano in the local Exploits Jazz Band.

I will always be grateful for my time in Buchans, and for Canada embracing me as one of their own. I never regretted choosing Canada for my home. The people are deeply human, and the willingness of those officials to make a 14-hour trip just for me — I will never forget it or take it for granted.

Eventually 3 years later in 1992 when I finally left Buchans to pick up an academic position at the “memorial university of Newfoundland'' in St. John’s I was incredibly touched about a decision made by the hospital administration and the residents of Buchans and the area. Because of my amazing commitment of staying on call for over 3 months as the only physician in the area I single handedly saved the hospital and the mines not to mention the very high number of jobs.

Accordingly it was decided that even after my departure in the future every single life saved at the local hospital would have 2 physician heroes: the doctor on call and Dr. George Freundlich! Because without Dr. George Freundlich the local hospital would have been closed. To this very day 30 years later I am still in touch with many residents from Buchans and exchange phone calls, e-mails and actual Christmas cards. Some Buchans residents even visited me in person in Matheson.

Popular posts from this blog

The Blue Continent: What to Know Before Going to Antarctica 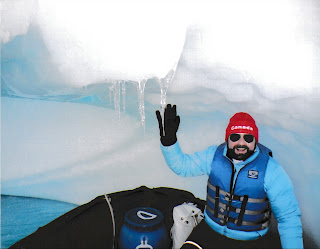 In 2003, I was humbled and honored to travel to Antarctica, cross the Antarctic Circle and experience the natural beauty of this wilderness frontier.  What a truly amazing adventure! Of all the trips I’ve taken, and there have been many in my day, I can honestly say that the sight of penguins marching along the snow, or sailing next to a glacier far outweighs things like long travel days.  With that said, there are some things you can do that will make your trip more enjoyable and the memories richer.   Here’s what I learned on my travels to Antarctica.  Pack critical gear  Naturally, I recommend packing winter-gear essentials (including waterproof coat, pants and boots.)  Don’t forget the sunscreen, either.   The key is to be warm, dry, and comfortable for the entire duration of the trip.  If you invest in anything, make it a set of high-quality thermal underwear and waterproof gloves because you’ll definitely get wet at some point.  If there’s one thing nearly all Antarctica-bound tr
Read more

My Experience as a Travelling Doctor 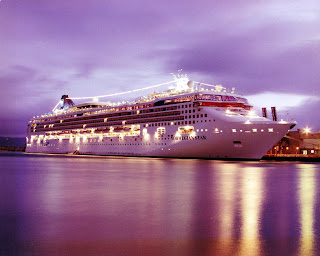 Years ago, I began searching for ways I could marry my career with my love of travel. During that time I researched the various jobs I could do on a cruise ship. One of the jobs I was qualified for was to be a cruise line physician and surgeon. While I knew that the earnings are much less compared to what you can earn working at a hospital, there were still some obvious perks.  Not only did I get to embark on a 7 day cruise to the Caribbean or the Hawaiian islands, I learned that ship doctors are also given a private room, with the added benefit of unlimited free food and entertainment. Since many cruise lines scramble to find qualified doctors, I thought I’d give it a try.  Understand, where there are positives, there are always negatives.  First, I must note that the working hours were pretty intense with this job.  When there are 2 doctors on board, one is on call and the other is not.  This means that the other doctor is free to do the activities at the ports of call.  However, whe
Read more

George Freundlich
Dr. George V. Freundlich, a retired doctor and musician, is both a native of Cluj-Napoca, Romania and a Canadian citizen. As the former Medical Director, Chief of Staff and Active Staff Emeritus at Bingham Memorial Hospital, he performed emergency room coverage and acute, chronic, palliative and geriatric care.